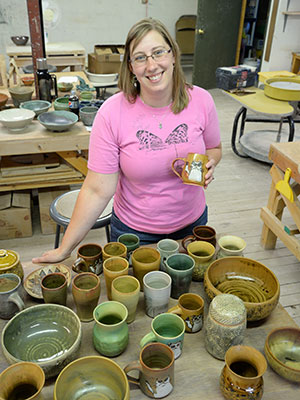 Fired Earth Glaze Master, Jessica Ott shows off some of her new pieces from a recent kiln opening at Fired Earth Pottery Studio.

Pottery classes are offered at Fired Earth Pottery Studio three times each year. The 8 week class sessions meet once a week for three hours in the studio. Students have full access to the facilities of a professional pottery studio, including over 40 glazes and a variety of kilns. Students may also come in on Saturday afternoons during the open studio time (available for students only). Sessions begin in early September, early January, and early March.

To learn more, go to the classes page or e-mail FiredEarthPottery@gmail.com. 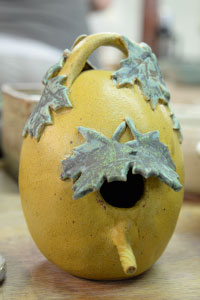